So you want to be a millionaire? 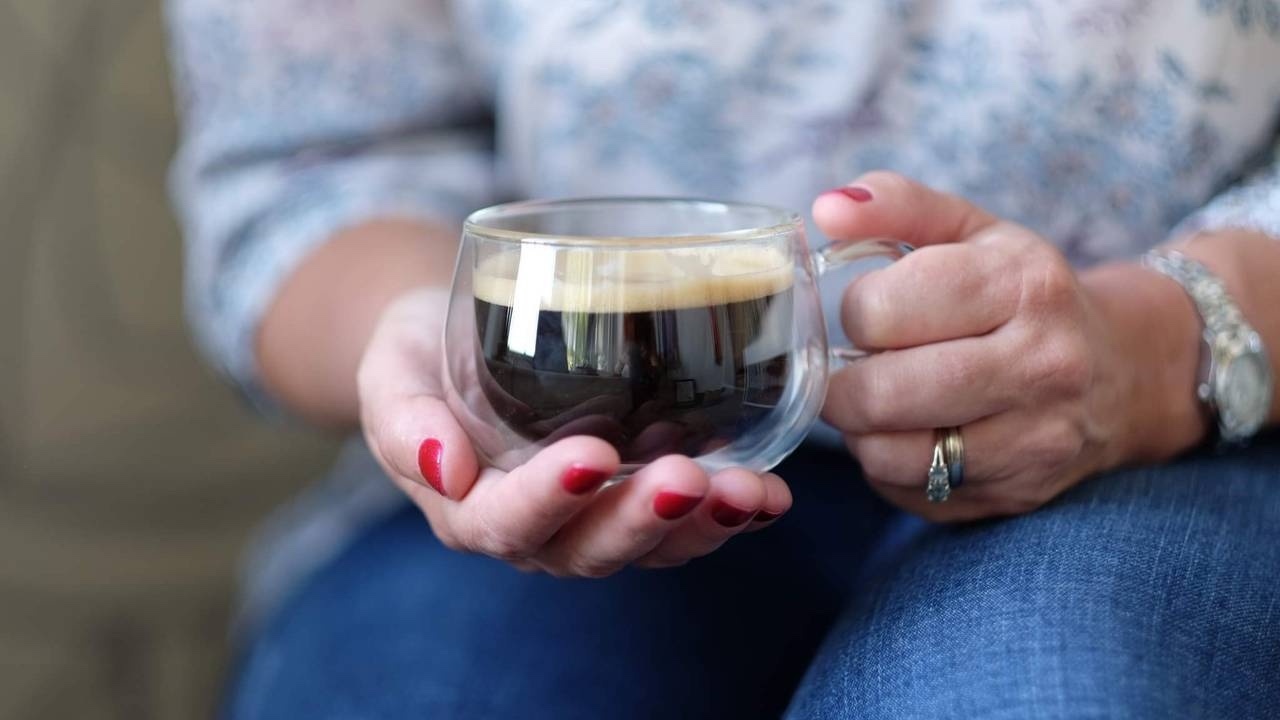 We all know the song from High Society - "Who wants to be a millionaire?  I do!" - (go on, admit it, you were singing it to yourself just then weren't you!).

When thinking of your dreams, goals, looking at successful people as role models etc, we often include the "being a millionaire" as being part of the dream.

We see adverts for the lottery - "millionaire maker" - you know the ones, showing the lifestyle of the rich and famous, sipping Bollinger on the yacht in Monaco with the underground garage at the gated house you own, showcasing the Maserati, the Range Rover, and the Tesla (because of course, we need to channel our inner Elon Musk)!

We see articles and courses on creating a Millionaire Mindset.  Yes, I know, I write and present some of these myself. And we have vision boards of the Million pounds/dollars/Euros that we are going to have, and the property and lifestyle to go alongside it.

But what does it mean nowadays to be a millionaire?  Are you already one, without realising?  Or if you're not, then are you actually that far away from being one?

The term "millionaire" was first used several hundred years ago, when a million of any currency was something rather unusual.

It  became a more popular descriptor in the post WW1 boom time.  The roaring 1920's, before the Wall Street Crash and the Great Depression that followed, saw an increase in those who had net worth (i.e. assets minus debts) of a Million. Think Daddy Warbucks in the film "Annie"!  Whether it was dollars, pounds, or any other global currency, we still tend to use the term "millionaire" even though a million US dollars, equates to a good amount less than a million UK pounds!

Back in the 1920s, or many of the decades that followed, being a millionaire of any currency was, as the lottery adverts say, the things that dreams are made of.  But now, despite still using the term and conjouring up the same dreamy images, a million certainly doesn't have the same impact or buying power as we might think, and we might need to change our mindset a little.

Let's look at this in a few different ways:

In the UK, with an average annual inflation rate of 3.99%, you would need to have just over £50million now, to have the equivalent buying power of £1million in 2021!!  based on CPI provided by the  Office for National Statistics

In 1950, the average cost of a new house was £1891, and the average salary was £10 a week.  So, at that time, being a millionaire really was something special, and very few people when adding all their assets together - pension funds, investments, savings and property, were anywhere close to the coveted title.

By the time we entered the new millennium, the average house in the UK cost just under £90,000, with property in London costing considerably more.  With the internet opening up the ability for everyone to invest in stockmarkets, women moving up the career ladders and taking opportunities in ways that their mothers and grandmothers hadn't been able to, and the increasing number of "accidental landlords" who inherited a property from their parents, and kept it on to rent it out as a supplement to their pension, more people than perhaps realised it, were edging closer to the magic "Mill".

Over the last 20 years, especially with property prices only going one way, and with the fairly recent ability for people to transfer their final salary pension schemes into more flexible investment options, we're not as far away from being millionaires as we might have assumed.  It doesn't even need you to have taken a massive amount of risk over that time.  There are HUNDREDS of people in the UK who have ISAs valued at over £1m, and most of them have just invested their ISA allowance in something of moderate risk and let the stock-markets do their thing, compounding their income and growth returns over the years.  And that's just their ISAs, they will likely have property, pension and other cash and investments as well.  But I'd be fairly sure they don't have the yacht in Monaco and the underground garage with a different car for every day of the week.....they probably don't consider themselves rich, in the "millionaire maker" way, at all.

How far off are you from being a millionaire?  Add up all your assets - your pension fund, your house, your investments and your savings.  Take away your debt - mortgage, loans etc - and you might surprise yourself.  This might give you a bit of motivation to start carefully building a modest investment portfolio, or focusing on chipping away at your mortgage a bit more, so that you can reach that milestone.

Another thing that you might consider, is this.....if a couple were to have the winning lottery, and received a windfall of £1m, would they each say they were half way to being a millionaire?  My guess is that they would both think of themselves as millionaires (even though Camelot will only allocate the winnings to one person, unless in a syndicate!).

So, if you are part of a couple, and you want to feel like a millionaire, add BOTH your pension funds, your odds and ends of investments, your savings accounts, and the house.  As a couple, there's a good chance that you are already in the Millionaire's club....but I'd bet you wouldn't consider yourselves rich?!

Now, I am not suggesting for one moment that a million pounds is a small amount of money, nor that those of us some way from achieving that level of wealth are in any way failing.  But what I am interested in, is how we are still connecting the word "millionaire" with the image and expectation of immense wealth and almost unlimited riches.

Why have we stuck with the same word to give the image of wealth that we have been seeing for 100 years!?  Should we really be aspiring to much bigger numbers.   Should our vision board be showing £50million rather than just the one?  Should we be talking about a "multi-millionaire mindset" or a "billionaire lifestyle" instead of a millionaire lifestyle?

With 70% of all big lottery winners ending up losing the lot, and a third going bankrupt after winning the "big" money - it is clear that mindset plays a key part in how we see "wealth" "riches" and the much coveted "millionaire" tag.  Those winners, with £1m+ suddenly deposited in their bank account are stuck with the mindset of it being a lifestyle of the rich and famous.  They spend, give and fritter money away as though it is an unlimited supply, and often give up work "because they're in the money"....only to find that their million, or their millions, don't go as far as they had assumed, and of course once lost, they are difficult to replace (lottery winnings don't generally come along twice, although I do know one couple who have been so lucky!).

What image do you have of a millionaire?  What do you attach to it in terms of wealth, riches and opportunity.....and where are you currently on the road to becoming one yourself?

Don't get me wrong, £1million is a LOT of money, and if my lottery ticket comes up trumps any time soon, or ERNIE decides to pull out my winning premium bond number, I absolutely won't be rejecting it on the basis that it's not worth as much as it used to be! 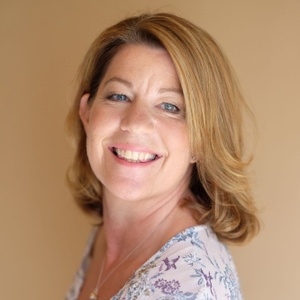 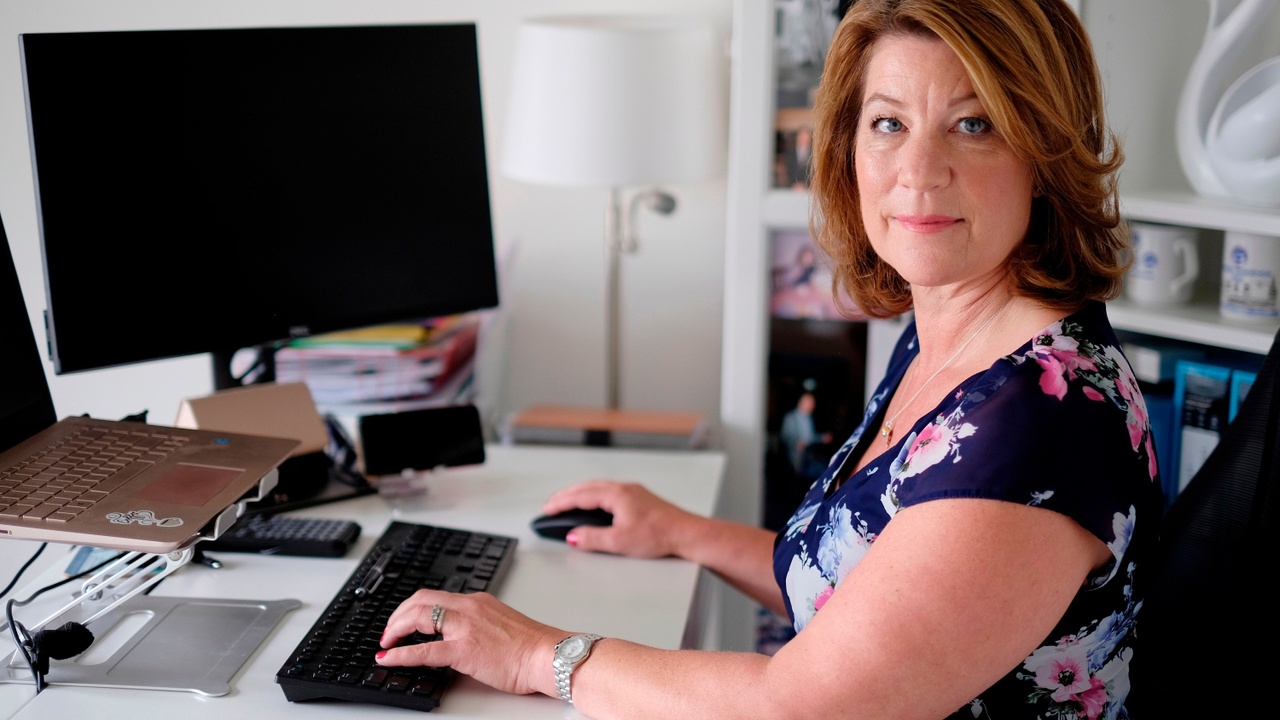 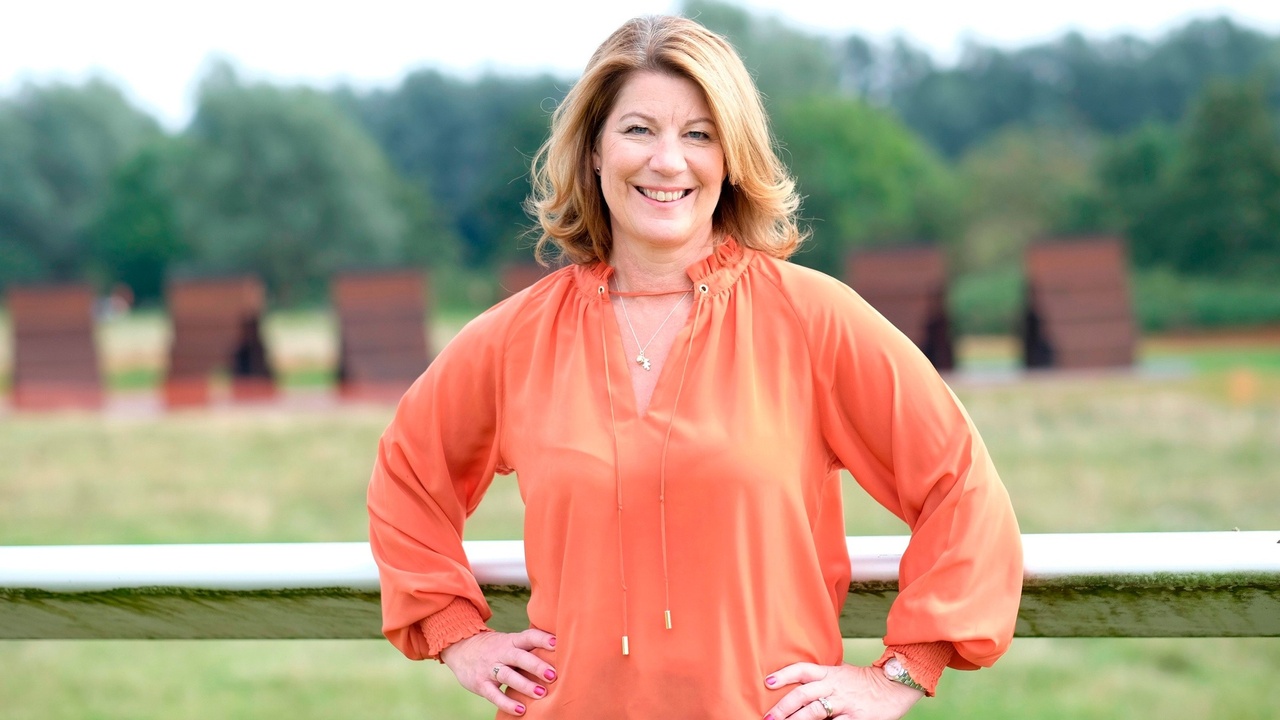 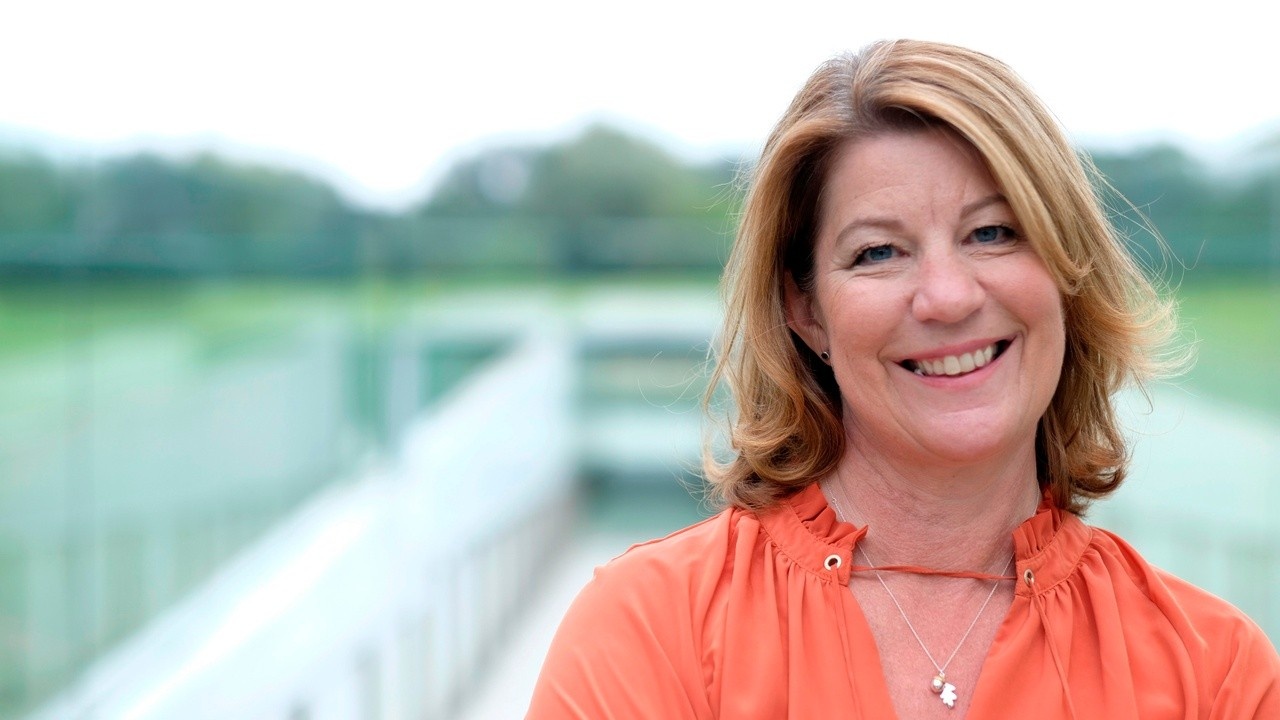 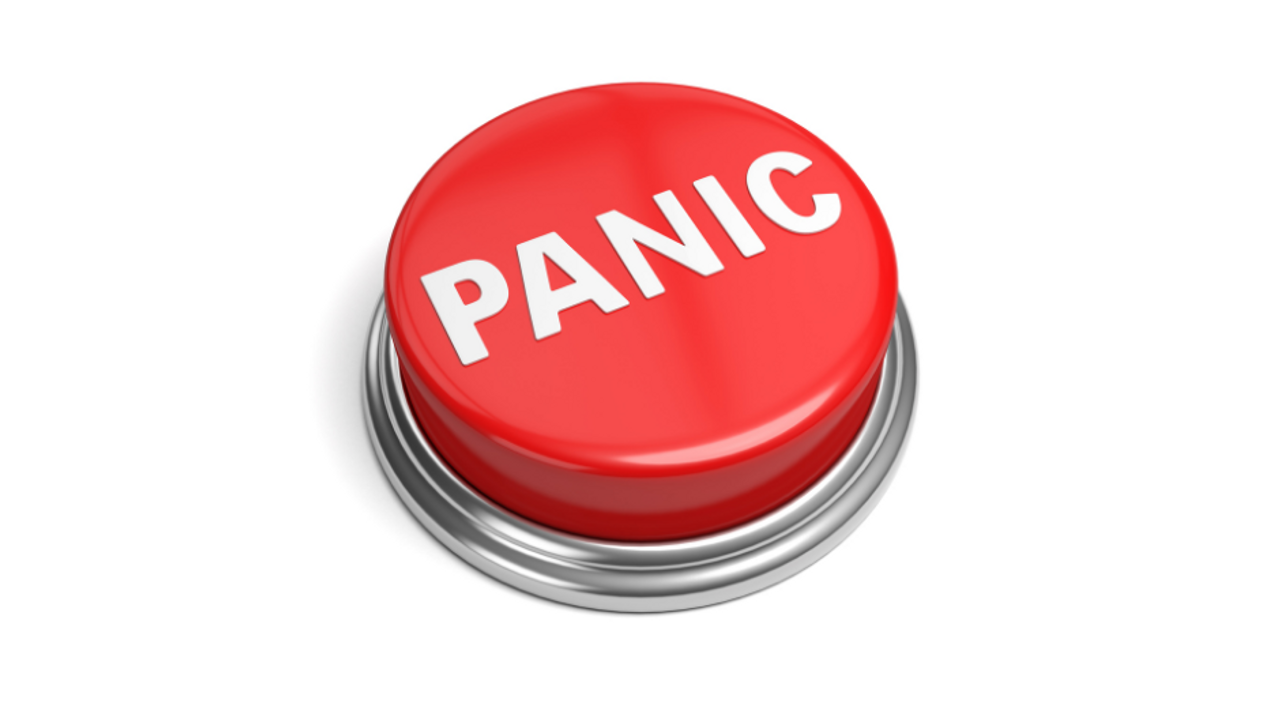 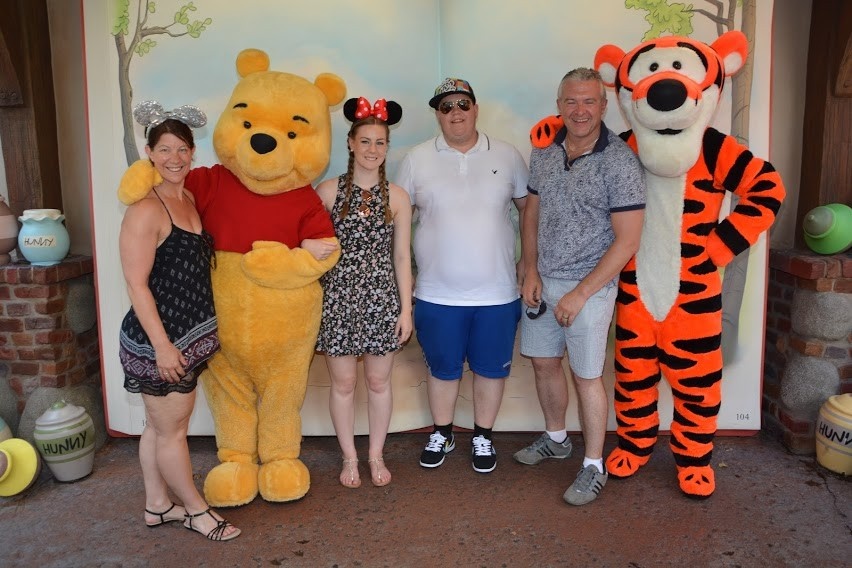